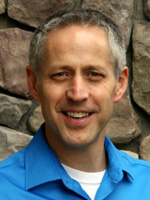 Mickey McCaleb is a veteran of the United States Marine Corps and an alumnus of Colorado Christian University. In 2005, he entered a graduate program in clinical psychology at the University of the Rockies in Colorado Springs, Colorado and earned a Masters of Art in psychology with a concentration in Marriage and Family Therapy in 2011. In addition, Mickey completed his Pre-Doctoral Internship at NNH in October of 2013 and is currently finishing his dissertation on “Associations of Neurodevelopmental Constructs and Externalizing Problem Behaviors in Children Evaluated for Autism Spectrum Disorders.” Mickey will graduate from the University of the Rockies with a PsyD in clinical psychology and a specialization in neuropsychology in December of 2014 and begin a Post-Doctoral Residency at NNH in January of 2015.

With regards to his personal time, Mickey enjoys spending time with his family, hanging out at Starbucks, and working out at Gold’s Gym. His favorite hobby is playing piano. He has served actively and consistently in non-denominational churches since 1987.